After my last post discussing the incredible power and social good that technologies like Facebook and Twitter are generating today, I got to thinking about how interesting it is that Microsoft hasn’t been a participant in this most recent round of platform-level innovation. In fact, in a way that was oddly similar to Microsoft’s reluctance to embrace the power of the internet, until Bill Gate’s watershed memo, when the whole company pivoted to bear-hug the Internet “tidal wave” (should have more accurately said tsunami…), Microsoft was also reluctant to embrace or leverage Twitter or Facebook. Perhaps another instance of “Not Invented Here Syndrome” that the company seems to suffer from? Anyway, then I got to thinking about the previous technology revolution, that Microsoft dominated, desktop computing. 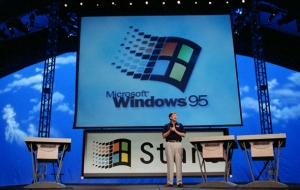 Although my children will never know the world before the age of easy, accessible computers, the Windows operating system was practically a single-product global revolution that changed the world and created vast wealth for Bill and many others, as Twitter, Facebook, and Snapchat (shudder) are doing today for their young (mostly male, *sigh*) leaders.

So that line of thought brought me to another question- Bill is in a unique position, he has been the most prominent and influential figure in a technology revolution that brought amazing change to how our global citizenry communicates and works, and created tremendous wealth in the system and for himself. Then in 2000, rather than continuing to drive the engine of innovation and product development that he created- he boarded a new train: direct community investment.

Let’s unpack why this is such an interesting change. What Microsoft did through the 80’s and 90’s was ground-breaking and transformative and without a doubt, incredibly good from a social welfare perspective. The creation and expansion of affordable computing power leveled the playing field for invention, learning, development, communication, and made it possible for nearly *everyone* to participate and use computers for a myriad of purposes. There would be no Zuckerberg without Gates.

I’ll sidebar on Bill for a minute- I have never had an opportunity to meet him, but feel like 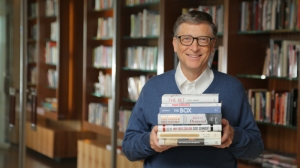 I have a good measure of him based on his actions and writings over the years. (I am a devotee of his reading list!) He is a deeply thoughtful, highly intelligent, driven man who is passionate and committed to doing something meaningful with the power that his wealth has afforded him. I can only imagine the hours of reflection and thought that went into stepping away from Microsoft to lead the Foundation with Melinda.

One question that must have come up constantly as he wrestled with his departure from the company is, “Will I do more good via direct investment through the Foundation than I would do as the leader of Microsoft?”

It’s not an easy question to answer, though history tells us that he decided in favor of the Foundation, for which I applaud him and hope that he will serve as a model to other young leaders who also amass great fortunes.

I am a huge fan of the Bill & Melinda Gates Foundation and one of the things that stands out to me is the recognition that even with the incredible financial resources at its disposal, the organization doesn’t try to directly assault any of the problems that fall within its charter (perhaps with the exception of eradicating Polio)- and indeed alleviating global poverty, improving global health and education are too vast to be simply solved through the liberal application of money. The underlying conditions and systems that cause and perpetuate these realities are too complex to be solved through money alone.

Rather, the Foundation has developed the concept of multiple focused, concentrated investments being made or seeded, with the aim of continuing to fund and grow those that take root and flourish. This model has roots in Biology and can be seen even at play in the free market system. The Foundation has great material on its mission and values- I highly recommend reading its Annual Reports.

I have little doubt that the Foundation’s impact and legacy, and thus Bill & Melinda’s, will be one of the highlights of the 21st Century, just as the computing revolution ushered us out of the 20th Century on a high note.

We are on a bullet train. Remember to take in the view!

So what’s the moral of this little journey? In part, it’s a reflection on the rapidly changing world that we live in. When observed from a distant vantage point, innovation is like a bullet train and we are its lucky passengers, watching the world whiz by, a view that we can become numb to, if we don’t take the time to really *look* at the transformation happening before our very eyes. And yes, there are some very special people who participate in driving and fueling that train. Bill Gates is undoubtedly one of the best and most remarkable among them.

Above all- I’d love to get Bill’s thoughts on this question, anyone have his number?

As always, I appreciate you reading and sharing my blog! It’s fun to sit alone and ruminate on these questions, but I far prefer conversation- so please share your comments and thoughts!

Facebook: The Greatest Force for Good Since the Printing Press

A recent Forbes article said that new research is showing that Facebook is “dead and buried” to teens. You know what? Good. Great! I couldn’t be happier to hear it. The same way I don’t want a lot of teens in my favorite restaurant when I’m lucky enough to be out for a date night or attending a movie (which is why we now see movies only at iPic- a 21+ movie theater), I don’t want them cluttering up Facebook with all the inane actions and comments that are indelibly linked to teenage-dom. Teens- don’t go ruining on of my favorite innovations of the last 10 years.

This post is a  love letter to Facebook, because I DO truly, love it. Not just for all that it has done for me personally- I love being reconnected with friends from all stages of my life. I love that friends who knew me as an awkward, nerdy, and know-it-all teenager, have seen me grow up into a (hopefully) more well-adjusted and thoughtful adult. I love being connected to more recent friends that, because of the hectic pace of life, I don’t get to see and socialize with as often as I’d like. I love running into someone at Target and being current on what joys or tragedies or maybe just recent food-porn they have posted. I truly feel like my life is better because of Facebook. Sure, it’s a time-suck and yes, it would be better without ads, but it feels like a fair tradeoff for how it has enriched my life. I think far too many people take for granted all the good it does in their lives.

Beyond what it has done for me individually, Facebook has become a tremendous force for good in the world. Now, like all technology, FB, in and of itself, is inherently neutral, but through its usage by millions of people, and careful implementation by the company- it has demonstrated its existing and growing power to be a strong influence for good- whether empowering people, exposing cruelty, or amplifying the voices of those who would otherwise struggle to be heard. Twitter is even more powerful in this respect. I don’t think it’s hyperbole to say that Facebook and Twitter, as the foremost social media platforms, are on par with the printing press, given how they are transforming how we communicate, spread information, and exert a net positive effect in the world.

Take a step back and marvel at all the good things that social technologies have enabled over the last several years. Whether shedding light on revolutions, providing “eye witness” accounts of events, or spreading information faster and more effectively than any news outlet could hope for, social technology has been tremendously influential- and in a way that should make us feel better about humanity, the balance of that influence has been for good. It has been a stunning and magnificent transformation.

Yes- FB, Twitter, Instagram, and all their techno-friends are also littered (sometimes overrun) with the banal, the vapid, the incorrect, the angry, and ignorant, but the overall balance- at least from my vantage point, is one of positive effect. In a world with so many heavy, heavy things happening all the time, I am not going to begrudge folks their cat memes and even a Kardashian tweet or two.

I have often thought of reaching out to Facebook with the aim of suggesting a  “social influence” or “social good” team. I don’t know if this type of team exists within FB, Twitter, or any other social technology company, but it should. The power wielded by these social networks is obviously world-spanning and frankly mind-blowing, so I hope and expect that a lot of thoughtful design is going into the social impact of every feature introduced. When we look back in 20 or 30 years, we will see that these social platforms have not only made the world a smaller, more accessible place- but a measurably better one.

Which brings me back to teenagers and their alleged absence from Facebook. Good! Go out and make mistakes and post them to Snapchat. Please, grow-up outside of my FB feed. I want your parents to post pictures of you at graduation, birthdays, Christmas outings, and getting that first car- but I don’t want to see all the heartbreak, dumb mistakes, and teenage drama that are the hazing Mother Nature designed for you on the way to adulthood. Feel free to join FB when you are 18 or better yet, 22 or 23. Until then, in this hyper-connected and documented world, I want young people to have at least a thin veil of privacy from adults. And it goes both ways- I don’t want you to laugh as I post about not being able to stay up past 11pm anymore or how much I love watching Downton Abbey or the travails of my commute. It’s not intended for you- at least not this year. Come back in 5 or 10 years and we’ll be glad to welcome you to the grown-up side of social media.